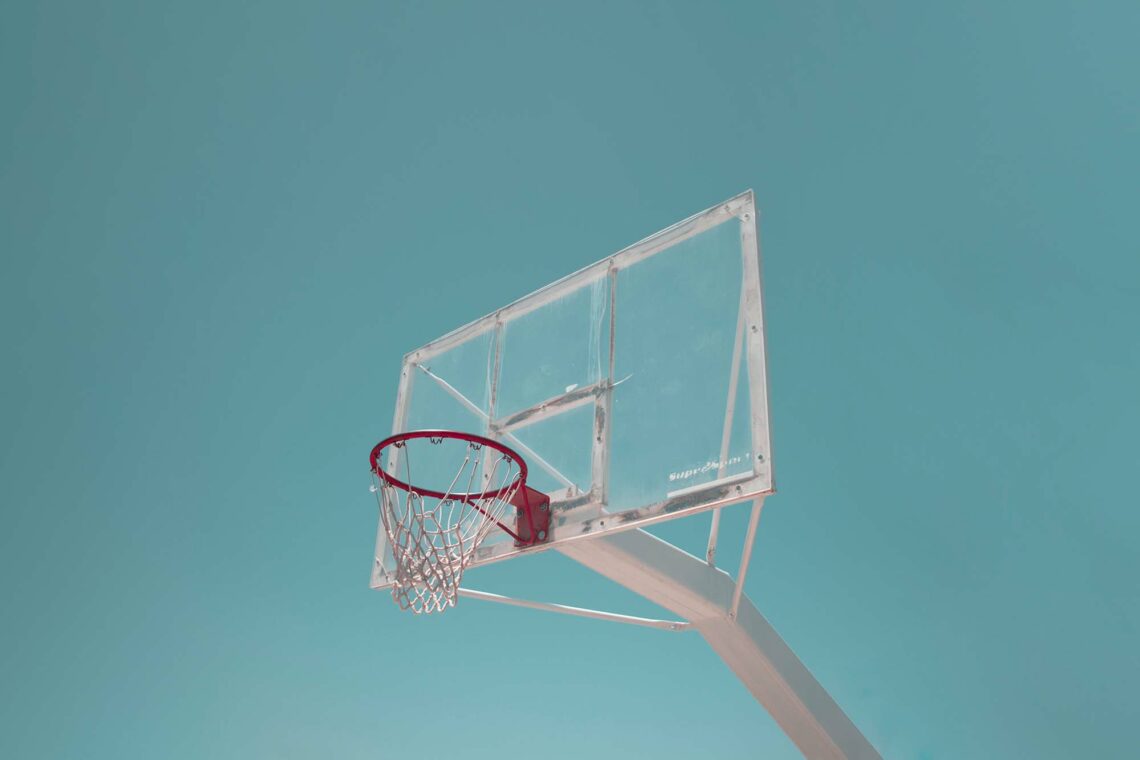 Imagine that you are coaching an individual or team. You are trying to get them to where they want to be, but no matter how hard you coach, they just don’t seem to be able to get there. They just can’t take the step to get to where they want to be. This is a problem that crops up all the time in an educational setting – teachers need to teach a class some new concept but no matter how hard they teach it, the class just can’t connect that concept to what they have already learned. It’s a step too far.

What educators have found is that there is a limit to people’s ability to absorb new skills and concepts, even with support. If you attempt to teach beyond that limit, no matter how hard you teach and how much support you give, the student simply cannot learn whatever it is they are trying to learn. It’s simply a cognitive step too far. Educators identify three learning zones – the things students can already do without help, the things they can and can’t learn, even with support and in the middle is the set of things they can learn with support. They call that middle zone, the zone where learning is possible, the Zone of Proximal Development. 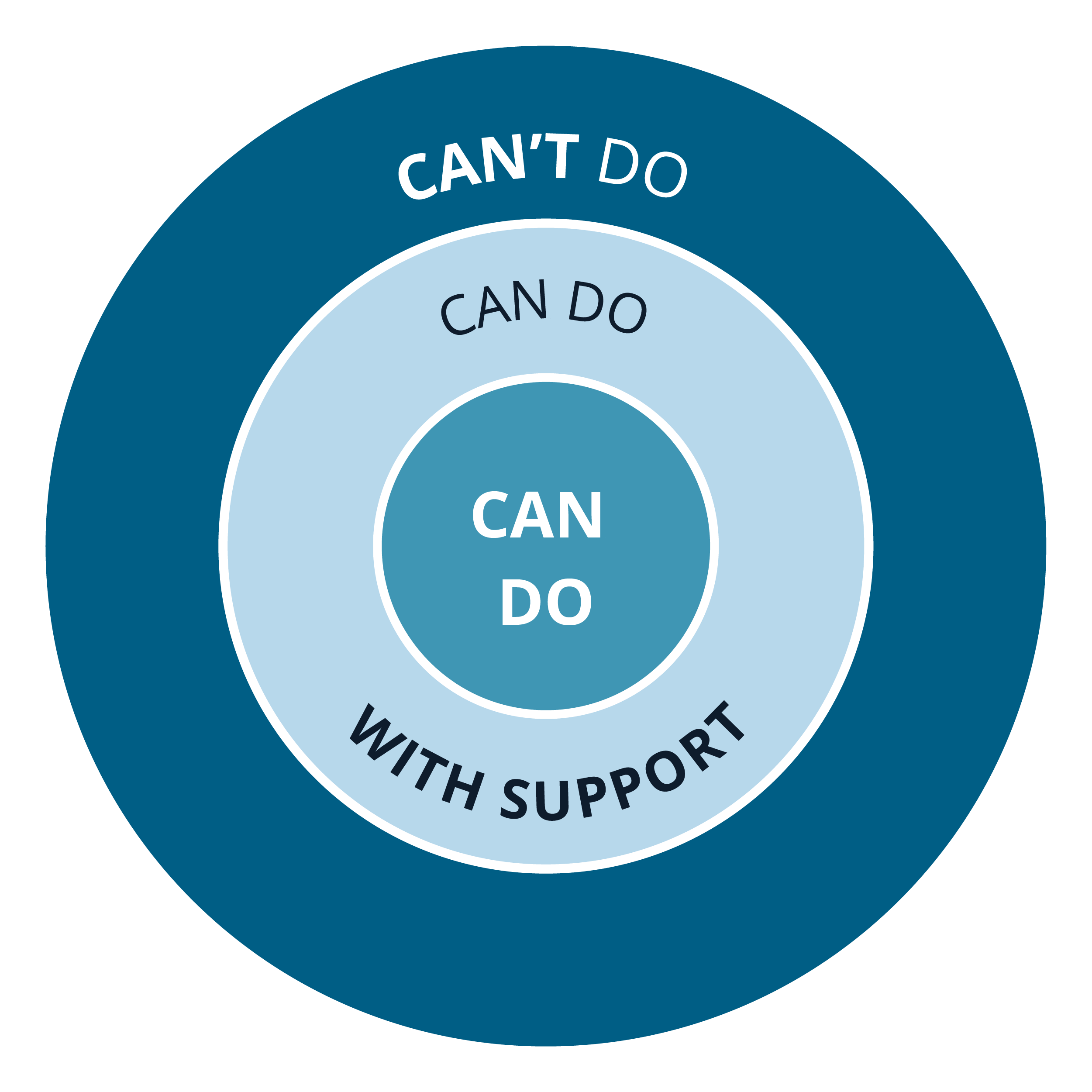 The concept of the zone of proximal development was introduced by psychologist Lev Vygotsky in the 1930s and has been influencing educators ever since. Teachers try to keep students within their zone of proximal development – not stretching too far so they slip out into the “can’t do” zone, and not too easy so they stay in the “can already do” zone.

The really important thing about the zone of proximal development is that it’s not static. As the student learns, things that they used to need support for, they start being able to do on their own, and as they grow their knowledge, the thing in the outer zone that they could not do now becomes possible to do with support. So the zone of proximal development steadily expands as a student learns. The more you learn, the more you can learn. 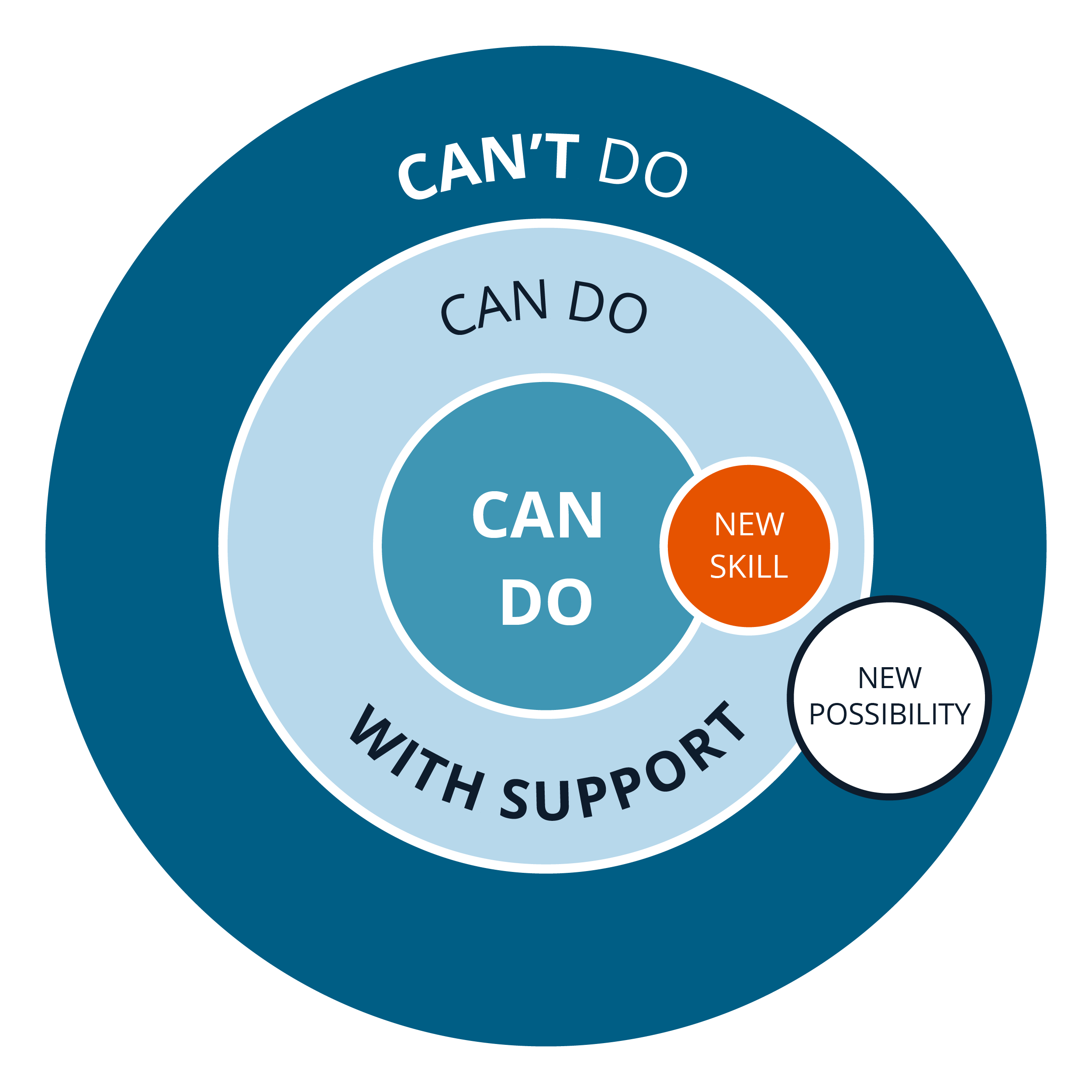 This is why students aren’t taught relativity in primary school. They just couldn’t grasp it. So first we teach basic concepts of force and motion then basic Newtonian physics, then as their knowledge grows we teach more and more advanced topics until finally, they can understand relativity. Start with the basics. Grow their knowledge. Expand their zone of proximal development, introduce more knowledge, rinse and repeat. Knowledge is gained in steady steps rather than all in one huge chunk.

Let’s look at this concept of a zone of proximal development through the lens of coaching an Agile transformation. Often we start with a conversation about where the organisation would like to be. Then we try to get them there. Organisations looking for transformation tend to have big ambitions – we want to roll out agile ways of working across 55.000 people in 2 years (this was actually the brief on a transformation I was part of). But we very seldom think about what’s actually possible for the organisation. Is this change possible from where they are now? Is it in their zone of proximal change? Or is this a step too far?

The sad fact is that most large transformation programs fail. They either run into a wall of organisational resistance and fail to start, splutter to a halt after some initial success as things start to get hard, or start with a great fanfare and flame out spectacularly when, despite assembling huge teams of coaches, they fail to deliver results.  They fail in this way because the change required was in that outer zone, where no matter how hard you coach, the organisation simply can not take that step. The change just isn’t possible from where they are today.

This doesn’t mean that achieving that goal is impossible. It’s just not possible from where the organisation is now. If the organisation makes a change to an interim place, their zone of proximal change will expand and that ambitious change may become possible. Or it might take a few interim steps to get there. The problem is not with ambition, it’s with trying to get there in a single step.

Working with a transformation partner that understands the art of coaching what’s possible, makes the job of transition much easier. By sitting down with the organisation and having a conversation not just on what the desired end state is, but an open and honest evaluation of what’s possible now, what the interim steps might be and how they can grow into the end state that you desire will give the transformation a much better chance of success.