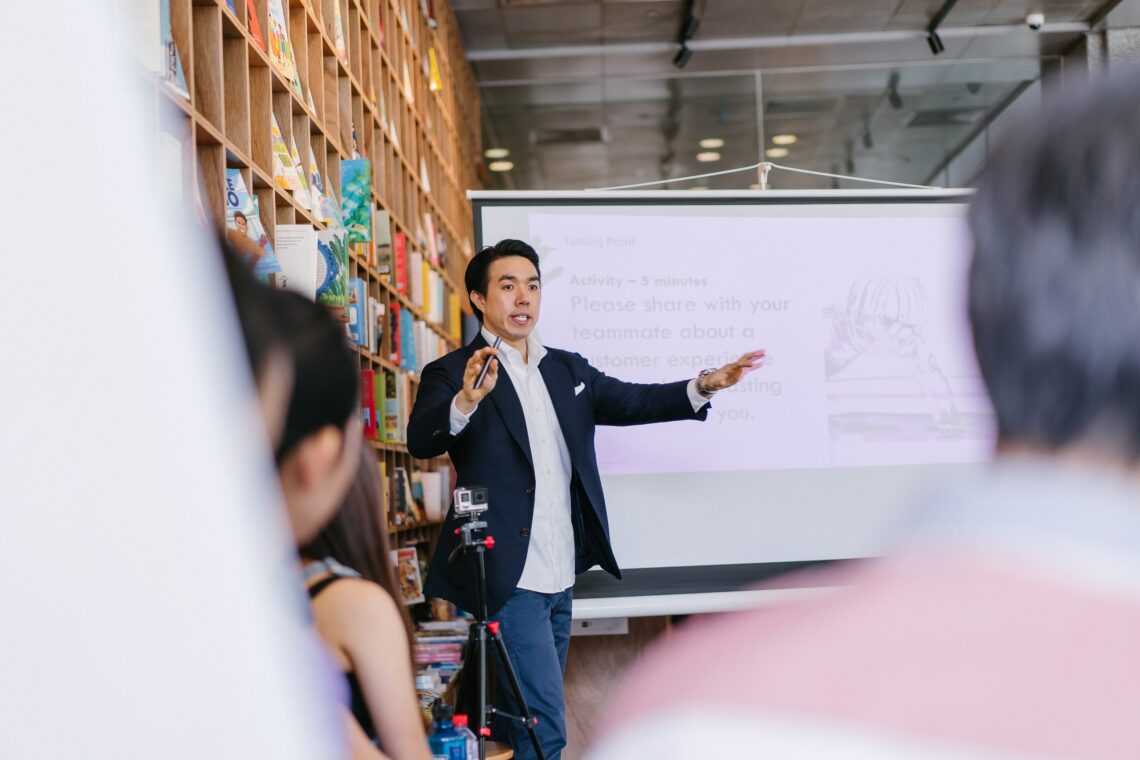 In our last blog, we looked at the importance of training and the need to include the whole business, not just the dev teams.

Having the whole organisation trained in lean/agile ways of working is important because it provides a tangible roadmap for leading organisational change. It bridges the gaps between functional silos with a common organisational language, basic shared skills and common knowledge of the concepts, and an understanding of the ‘why’.

Why does this happen? Everyone knows what to do, but nobody does it.

Last post we left you with a quote from W Edwards Deming, the grandfather of all Lean/Agile thinking.

“It’s not enough that management commit themselves to quality and productivity, they must know what it is they must do. Such a responsibility cannot be delegated.”

That’s the quote that floats around the internet but it’s not the full quote. The full quote sheds some light on the problem of knowing what to do but not doing it.

“It is not enough that top management commit themselves for life to quality and productivity. They must know what it is that they are committed to – that is, what they must do. These obligations cannot be delegated. Support is not enough; action is required.”

Action is required. That’s the key. So often we see leadership supporting lean/agile ways of working through words but not acting in a lean/agile way.  Setting expectations and modelling new behaviors takes practice and it is what we must do as a Lean-Agile leader.

From executives to line managers, when we walk into a room or even a virtual chat session, people know who is signing their paycheck.  So, our body language, editorial comments, and questions carry tremendous weight.  People will readily determine if we think our talents are innate (Fixed Mindset) or if we focus on input from others (Growth Mindset).  Let’s look closely at this.

Typically, because of the way incentives and Key Performance Indicators (KPIs) are structured, leaders in an organisation are concerned with maximizing their own individual KPIs in competition, rather than collaboration with their peers. When the culture of an organisation incentivises competition between individual leaders, the result is chaos at the delivery level.

In the Real World

Priorities will be unclear, and change based on who is yelling the loudest. This is firefighting.  We get accustomed to it, especially in IT.  Work is jammed into teams based on personal authority rather than any sort of planning. WIP limits are ignored, and velocities adjusted to ‘look faster’. Predictably morale suffers, trust dissolves and employee churn becomes the norm.

While all these symptoms may not be seen simultaneously, the authors have seen them consistently occur in concert or progressively as an Agile Transformation begins to change the middle tiers of an organisation. For a while, the organisation will be able to function rather normally because the small changes will not affect the entire system or culture, noticeably.  That is until a major event happens.  Even then, you likely won’t notice the event until sometime after it has passed.  This is called the Tipping Point.

As a leader in an organisation, what do you need to do?

It’s not enough to send your people on the journey, you need to be on it too. Put the mobile down, be engaged and attend the training. This is practicing a Growth Mindset and being a role model of the new expectations. Show your people that you are on the journey with them, not just doing it to them. These build trust.

As a leader, you need to be very conscious of your own actions. Any time you act, people will take that as a cue for their own actions. Consistently acting [behaving] in ways that support lean-agile ways of working, people will act that way as well

There are mechanisms in SAFe and other agile frameworks to handle urgent and unplanned work, you need to know how to use them. Any time leaders break the process, others will use that as an excuse to do the same.

Third, work as a leadership team.

One of the key lessons in lean is that if you optimise individual pieces of a process without looking at the whole, you will inevitably sub-optimise. By optimising parts, you make the end-to-end process worse. Leading SAFe means leaders need to work as a team to optimise value across the whole organisation, not just their small part of it. Thus, aligning incentives and organising around value

It is really common for different parts of the business to have competing objectives – marketing has a KPI for new customers and commercial has a KPI for profitability. So, marketing gives away a lot of stuff to attract new customers to meet their KPI but destroys profitability because the cost of acquisition is so high. But that’s the commercial’s problem, not theirs, so they continue.

Incentives need to align across the organisation. The Lean principle of Measure Up works well here – don’t judge on individual performance but by group performance. Look at the whole process, work as a team to optimise the whole.

Lastly, and most importantly, own your mistakes.

You won’t get this right all the time. You will behave in ways that break lean/agile. You have years of conditioning in the old ways and the organisation has structures in place that force you down old paths. You will make mistakes or mistakes will be forced on you. That’s OK. Everyone else in the organisation is experiencing the same thing. You need to own those mistakes, be open about them. Work with your peers and teams to overcome them. If you are open about your mistakes instead of denying or trying to bluster through them, others will take their cue from you and be open about their mistakes as well. That way the system can improve.

Practicing Lean-Agility is like playing a musical instrument. Anyone can pick up the basics of sequential scales and arpeggios, but playing it really well takes constant practice and courage.  A musician improves over time by playing short segments, progressively learning from mistakes and then putting the segments together.  These learning cycles are the practice of continually exploring and integrating for flow and continuity.

For leaders this sort of deliberate practice means adjusting to a Growth Mindset, having the courage to trust those doing the work, and appreciating the impact of their presence, words and actions. Do these and you’ll be Leading SAFe.

This series has been co-authored by David Martin, SPC  and Yousef  T. Fahoum, SPC/RTE.

Read Part One: Lean-Agile Leadership at all levels is about empowering those doing the work.